If you or someone you know is at immediate risk of harm or has harmed themselves CALL 911 immediately.

If you are having suicidal thoughts or you are worried about someone you know CALL the National Suicide Prevention Lifeline at 1-800-273-8255 or text "HOPELINE" to 741741.

A Gift from the Heart

In 2018, dedicated CEKF supporters Michael and Jeanne Schmitz, made a significant commitment of $500,000 to establish The Joey Schmitz & Charlie Kubly Endowment Fund. Like their dear friends, Billie and the late Dr. Michael Kubly, the Schmitzes also lost a beloved son, Joey, to depression and suicide. The endowment fund memorializes both young men by establishing a consistent source of future investment income to support the mission and grant-making of The Charles E. Kubly Foundation.

Jeanne Schmitz passed away in early 2019. As we remember her, we appreciate not only the foresight that Mike and Jeanne demonstrated in making this gift but their deep compassion for those struggling with depression.

We seek to better the lives of those affected by depression by increasing awareness of the disease and its devastating effects, eliminating the stigma associated with it, supporting suicide prevention programs and promoting improved access to quality mental health resources within communities.

We have reached our goal!

The $500,000 Schmitz endowment gift was announced publicly at the September 21, 2018 Beyond the Blues event, the CEKF's largest annual fundraiser, to a crowd of more than 400 guests. The CEKF Board set a goal to reach a total of $1 million for the new endowment fund in 2019.

In Their Own Words

Lead donors Michael and Jeanne Schmitz wrote this heartfelt message to the CEKF Board to announce their generous gift beginning an endowment fund in memory of their son Joey. 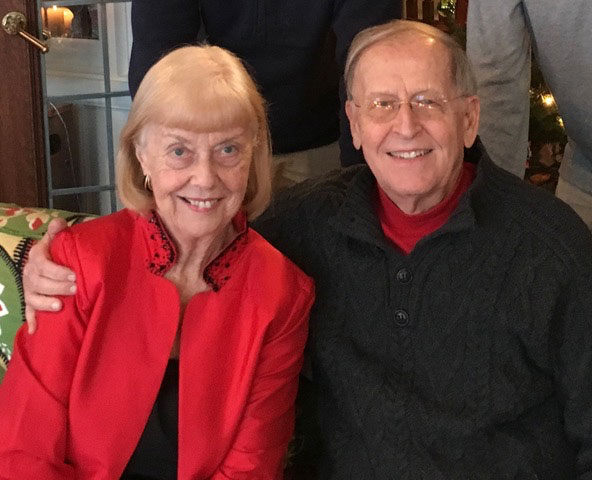 "In the years since your founding, we have become very impressed with the work that your Foundation has done funding programs to deal with depression and its devastating impact on individuals, families and society. From a modest beginning to becoming an organization that has distributed grants of more than $2 million is truly remarkable. We applaud your organization and its supporters, including your nearly 700 individual and business donors. We are convinced that you are doing very important work to help people deal with this crushing illness.

In our opinion, the Charles E. Kubly Foundation has achieved the success and has reached the stage of growth where the community should support an expansion of your program and provide for its long-term existence. The best means to accomplish this is to establish an endowment fund. The time to create this permanent financial base has come. You have demonstrated the performance to warrant our trust, and we hope, the community's trust as well."
Michael & Jeanne Schmitz